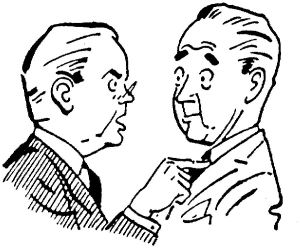 I know, show don’t tell is the opening line of the fiction writer’s bible—but now read the fine print.

Show don’t tell–but only if you are building a scene.

“Telling” is a shortcut used to convey information quickly and economically without a lot of fuss.

Okay, some kinds of “telling” deserve their bad reps.

Telling can be a form of laziness, a way to dodge the effort of building a scene with all those pesky details and he-said-she-saids.

It can also be an elbow to the ribs of your reader, a not-at-all subtle poke that says, hey, did you get it?

The worst infraction is emotional telling: Joan was completely heartbroken over the loss of her lifelong best friend. Inconsolable, she knew she would never get over it.

Sheesh. Can we just see what she does in response to the event and feel her grief firsthand? Build a scene for Pete sake!

“Telling” also goes by the name of “summary,” and summary is one of the most important tools in a writer’s toolbox.

It can bridge two scenes covering the time lapsed between the two in a sentence.

In 1984, Joe moved to Detroit for a temporary job at the Chrysler plant, eighteen years later he was still punching that same clock.

This eighteen year stretch is a natural place for summary because not much has changed, so why build a bunch of scenes that prove how little has happened in Joe’s life?

But change can be summarized too and because it is bare-bones it can have a great impact:

By the time she turned twelve Hannah had lost both parents, her older sister and the border collie that had slept at the foot of her bed for as long as she could remember.

As you do when building scenes, strive to use precise details in your summaries, and since emotional telling is so egregious, here is that same bit of “telling” only this time written with the emotional cattle prod in hand:

Hannah’s childhood was really, really sad. Both her parents and her older sister were tragically killed and just when things seemed like they couldn’t get any worse her beloved dog was hit by a bus.

“Showing” is the tool to reach for when scene-building, “telling” the tool needed for summary.

“Telling” is economical. It can move the reader through time and create bridges between scenes. Since it does not constitute a scene it does not detour the reader out of the “now” of the story creating an eddy in the timeline. Because of that it is useful when incorporating backstory. It can pick up the pace of a narrative (scenes are slow-moving affairs, summaries are slam, bam, thankyou ma’am).

So, I’m telling you, sometimes “tell don’t show” is what you need. It will spare wear and tear on your reader and prevent the production of yet another 150,000 word novel.

Note: This page is where I post short lessons, exercises and tips on the craft of fiction writing. To learn more about my editing services click the Book Coach Services tab.